The 5 most historic hotels in London

There was once a time when London had very few hotels. If you were temporarily staying in the City, you’d have to rent a house, spend the night in a ‘gentleman’s club’ or stay at a lodging house.

Then, the industrial revolution happened, and railway companies soon connected all the UK’s major settlements to London. It wasn’t long before large and imposing hotels were established to accommodate visitors to the Great British Capital.

Brown’s Hotel was opened in 1837. Even though it’s made up of 11 spectacular Georgian townhouses, no two of the 117 guest rooms appear identical. It started as a relatively small hotel run by James and Sarah Brown, the former valet and maid to Lord and Lady Byron. Later, in 1859, the Ford family overtook the hotel and added a public dining room (the first in London) and more guest rooms by purchasing the neighbouring townhouses.

Some of London’s most famous Victorian-era writers have stayed at Brown’s – Oscar Wilde, Bram Stoker and JM Barrie, to name a few. Famous names and amazing architecture aside, Brown’s Hotel is heralded for being the location of the City’s first phone call, which was made by Alexander Graham Bell. Who knew the first person to ‘give somebody a bell’ would actually be called Bell?

The Corinthia is arguably one of the most lavish hotels in the City. It was built in 1885 near Trafalgar Square, meaning it’s within walking distance from landmarks, including Covent Garden, the London Eye and Westminster Abbey.

You’ll find luxurious rooms, on-site restaurants, a spacious pool and even a concession store for Harrods. It also houses the largest spa in the Great British Capital. Fancy a pampering? Head to the Corinthia London.

During the Industrial Revolution, the UK’s railway network blossomed, making the nation’s railway companies very rich and powerful. As a result, many companies endeavoured to construct hotels near their stations. As you might imagine, many of the most luxurious hotels popped up in London.

The Midland Grand Hotel was opened in 1873 and boasted features well ahead of its time. The hotel boasted an innovative hydraulic lift, revolving doors, and concrete floors. Each room had its own fireplace, though none initially had a bathroom. That kind of privacy was seen as unnecessary during the Victorian era.

By the 1930s, this historic hotel was no longer fit to accommodate guests. Thankfully, in 2011, the Midland Grand Hotel was reopened with a new name – St Pancras Renaissance London (you can now expect a private bathroom as standard).

When a hotel’s opening ceremony is performed by a member of the Royal Family, it’s safe to assume its rooms offer a luxuriously pleasant stay. Queen Victoria’s son, the Prince of Wales, officially opened the Langham in 1865.

At that time, it was the City’s largest hotel, boasting 100 ‘water closets,’ 36 bathrooms and the UK’s first hydraulic lifts. In 1879, electric lighting was installed in the entrance and courtyard. That may not sound amazingly fancy now, but it was a first back in the day – and one of the many reasons the Langham is one of the most historic hotels in London.

The hotel you can see today was established in 1854, making it one of London’s oldest hotels. However, another hotel called Mivart’s was opened just next door in 1812.

When Mivart’s combined with its neighbour, the resulting hotel was named Claridge’s. This Grade II listed building claims to have the oldest working lift in London. Whether that’s true or not is up for debate. However, today, the lift is still operated by an attendant. Want to experience luxury as our ancestors did? Visit Claridge’s.

If you’re looking for more fantastic hotels to visit in London, take a look at Red Carnation Hotels. They’ve got some fantastic deals on rooms in the most central parts of the city and offer lovely Afternoon Tea experiences, including a festive edition for Christmas. The 5 Best Meat Restaurants in London 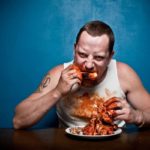