13 Things to do on the River Thames in London

Flowing through a great expanse of southern England, the River Thames is the country’s longest waterway. And despite coursing through a number of towns and cities, London is still the setting that most people associate with this famous river.

Studded with a wealth of historic sites and cultural venues, with a year-round calendar of fun activities and events, the London stretch of the Thames holds many attractions for visitors to the capital. To avoid missing out, follow our guide to the best things to do on the River Thames in London.

From onboard the cruiser, you’ll have the chance to see some of London’s most iconic landmarks, including the Houses of Parliament and Tower Bridge. Thrill-seekers can opt for fly-by sightseeing and an adrenaline-fueled ride on one of the city’s speedboat tours. Both The Original London Sightseeing Tour and Big Bus London incorporate a classic River Thames Cruise. What’s better than a Sunday ride to enjoy London’s most remarkable views? Either explore independently on one of London’s riverside cycle paths rent a Santander Cycles bike from various points along the river – or ride with a group of like-minded cyclists by joining The London Bicycle Tour Company. There are plenty of cycling routes throughout the city, but we can suggest one from Big Ben to the urban protected wetland acres called London Wetlands Centre – before Richmond near Putney. It is managed by the Wildlife and Wetlands Trust and Londoners head there to get away from the big city life and get closer to nature. The WWT’s conservation work is actively helping to protect wetlands around the world and the wildlife that depends on them. Or visit by kayaking on the water

If you’d rather be active out on the water, why not Kayak along the river? Away from the bustling city streets, kayaking on the Thames gives visitors the chance to see London’s iconic sights without wrestling with the crowds. Some of the city’s greatest art galleries are also situated along the river, including Tate Modern, Britain’s national gallery of international modern art that spans a hundred years of contemporary art, showcasing extraordinary collections of paintings, sculptures and works from movements like modernism to exciting recent artworks and the original Tate Gallery, Tate Britain. Amidst the staggering collection of artworks at Tate Britain, there are a number of paintings by Turner, many of which depict the great river.

Tate Modern is a must-see where any Londoner would recharge culturally, the Tate Modern is located within the former Bankside Power Station. Make your way to this incredible museum and wander around its collections, as any local would. Plus, entry to the gallery is free! Watch a play at Shakespeare’s Globe

Catch a Shakespearean performance and look back at the life of this famous playwright at Shakespeare’s Globe Theatre. Did you know? Shakespeare’s Globe is a reconstruction of the Globe Theatre, a playhouse for which William Shakespeare wrote his plays, in Southwark, on the south bank of the River Thames. The Shakespeare Globe is seen as quite realistic with a capacity of 1,400 spectators, and you can visit it! In 2021, it won the Time Out Best of the City Awards, with a rich programme that will satisfy any passion for theatre plays. The National Theatre also put on performances of Shakespeare plays, alongside classics like Jane Eyre and other more eclectic pieces. The Southbank Centre has a more diverse theatrical and musical offering, with a wide range of film screenings at BFI Southbank. To get a feel of the city’s historic sites, step inside

The Tower of London is a must-visit for history buffs, while the architecturally stunning St. Paul’s Cathedral looks as magnificent inside as it does from the banks of the river. Back on the water, step aboard HMS Belfast, a historic warship-turned-museum, and in Greenwich stop by Cutty Sark, London’s famous tea clipper. Head to Cutty Sark in Greenwich

Built in 1869, Cutty Sark is a British clipper ship and today an award-winning attraction that you can visit in the Greenwich area. Cutty Sark is one of the last tea clippers to be built, and its impressive structure is worth a visit in Greenwich, on the River Thames banks. The ship is today a hot spot on the London riverscape with its restaurant, The Cutty Sark, a great place to try a typical British Sunday Roast. While many bridges cross the river, there are some that are really worth boasting about. One is Tower Bridge, which now features spectacular glass-floor walkways with views right down onto the water. Showcasing an entirely different cultural era is London’s Millennium Bridge. This contemporary structure between Tate Modern and St Paul’s Cathedral can only be crossed on foot. Popular events on the River Thames

If you’re here at the right time of year, catch one of the Thames’ popular annual events. Cheer on the rowers in The Great River Race and the famous Oxford-Cambridge Boat Race, and get involved in the interactive activities at Totally Thames festival, a month-long celebration of the arts. © Photo by Pajor Pawel on Shutterstock

Although it’s open every day if you can visit Borough Market on weekdays to avoid the weekend crowds and take your time in the alleys. There, you’ll find colourful food trucks of various specialities from Britain and around the world, but also seasonal fruit and veggies, restaurants, bars, cafes, restaurants, bakeries, and more. The market is also a great place to connect with other people, and the market takes pride in celebrating that. You probably never heard of it, and to be fair, you’d have to live in greater London for quite a while to know it, but Isleworth Ait is a beautiful and peaceful London Wildlife Trust reserve near Kew Gardens. The island boasts a variety of trees and remains an undisturbed sanctuary for birds and molluscs. You can get great views from either Church Street in Isleworth or the Thames footpath. Attend a 1,000-year-old concert at London’s only lighthouse

Located where the River Lee meets the River Thames, London’s only lighthouse was built in the 19th century to test lamps and lighthouse technology. The lighthouse is located in Trinity Buoy Wharf, a bizarre place in London and an artists’ point of interest that has a sculpture park, and a small museum and also holds something special. Here you can listen to a one-thousand-year-long musical composition performed by computers using Tibetan singing bowls, and Jem Finer’s ‘Longplayer’ has been on for nearly 20 years. 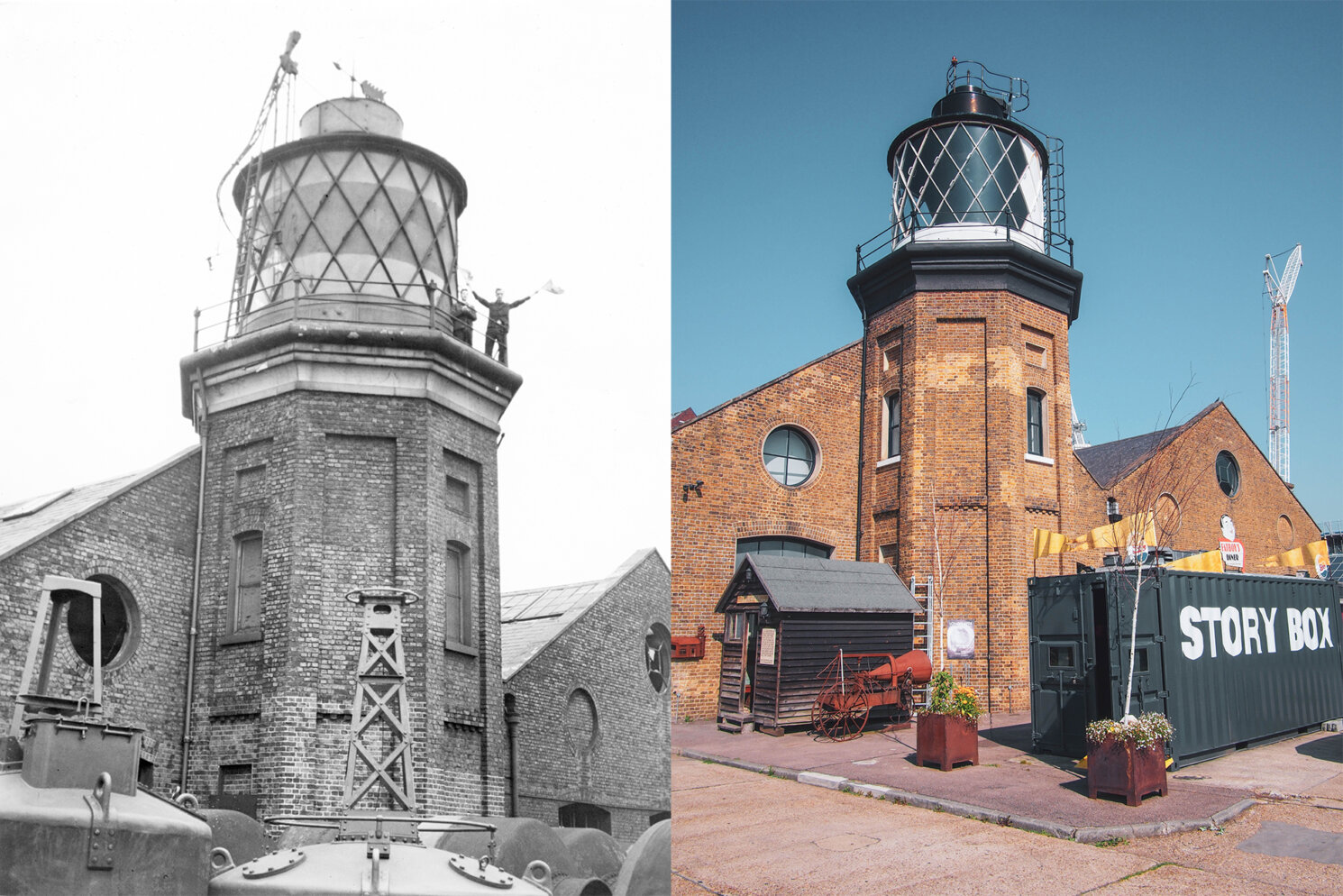 Try the river at night

By night, the river becomes even more enchanting as it reflects the city lights. Take in the views while you wine and dine on a river cruise, in a waterside pub, or up high in one of London’s most glamorous rooftop bars. Oxo Tower Restaurant, Bar & Brasserie is ideally situated for river views, with afternoon tea, modern British cuisine and cocktails. The Shard is another skyscraper overlooking the river and has a number of panoramic eating and drinking venues to choose from. Equally as memorable is a Thames Dinner Cruise, many of which host live jazz performances. There are countless riverside pubs to settle into, but one to look out for is the centuries-old inn, The Dove. Visiting London soon? To help you plan your trip, we offer a variety of day tours and experiences to make your journey even more unforgettable. Check out our London Tours and most popular attractions.

What’s On in London in December